The Bercloux Distillery is located in the small village of Bercloux, in Charente Maritime. It produces alcohol with grain, plants and fruits, such as Gin, Whiskey, Absinthe ...

Philippe Laclie, the Distillery’s founder, is not at his first creation. In 2000, he began brewing his own craft beer on the Bercloux family winery, which had existed for five generations. His brewing method is original : heuses the Charentais Still to cook the beer.

Strong of this experience and wishing to go further, Philippe launches today in a new project, both ambitious and motivating : the creation of an organic distillery. The fruits are provided by the region, most of the plants come from Aumagne in Charente Maritime. Only malts cant be found locally, and are imported from Belgium since the Malterie du Château, famous for the quality of its cereals.

The Bercloux Distillery produces its eaux-de-vie using a modern distillation method thanks to its Stupfler Still made in Bègles, near Bordeaux. This choice of still allows to obtain very elegant eaux-de-vie, in a single distillation. This special still also avoids many distillation problems, such as fire of alcohol, or the loss of aromas. Rich, fine, surprisingly soft and sweet, the eaux-de-vie made by the Bercloux house preserve the completeness and the aromatic diversity of their raw materials ! 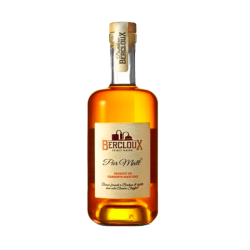 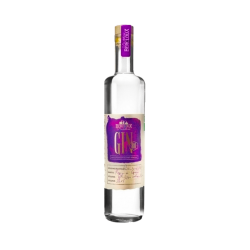